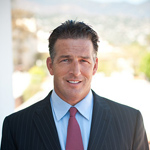 Mr. Heller co-founded Peritus Asset Management, Inc.1 in 1995. As Senior Portfolio Manager, he is responsible for portfolio management and the trading and execution activities for Peritus, ensuring that the firm’s strategy is properly implemented. Over the past 18 years, Mr. Heller has developed long standing relationships across Wall Street for both new issue and secondary trading in both the leveraged loan and high yield assets classes. As high yield bonds are not an “exchange-traded” asset class, the ability to find, negotiate and acquire bonds is a critical component of portfolio performance, particularly in the secondary market. Additionally, Mr. Heller has been responsible for the maintenance of all custody and investment dealer relationships and is a member of the investment committee.

Beginning in 1993, Mr. Heller spent two years at Smith Barney as a financial consultant. Prior to Mr. Heller’s investment career, he had a seven year career in professional football with the San Francisco 49ers, winning Super Bowl XXIII, then later with the Atlanta Falcons and Seattle Seahawks, retiring in 1993.

Mr. Heller attended Oregon State University where he played football while majoring in Kinesiology and secondary education. He received his California State Coaching Certification through UCSB and also attended the University of San Francisco in his off-season with the San Francisco 49ers, studying business accounting and tax law.  Mr. Heller holds his Series 7 license.